On Sunday the 23rd of October Janet, Jen and Sally attended the 2nd Natural Trade Summit which was held helpfully just down the road at the Palace Hotel on Oxford Road. It’s an independents only event which we really appreciate, so it’s smaller than the NOPE show we attend in April in London, but much more manageable! We attended last year and thought it was a fantastic networking and educational event and were delighted that the team behind it want to make it a regular fixture. 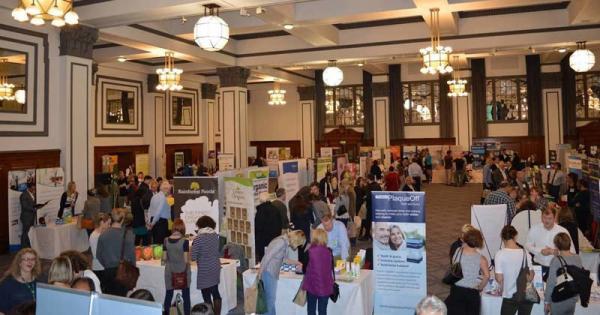 It’s a chance to see new products and network which is always fantastic, but the real strength of this event is the fantastic program of educational seminars held by the brands and certification bodies that we work with.

We made sure we collectively attended the lectures and certainly learnt a lot and so hope to put our new knowledge into practice as soon as we can. We’re already looking forward to the next one in October 2017.

From the 10th of October it’s National Chocolate Week, hurrah a whole week dedicated to the delicious cocoa bean treat! 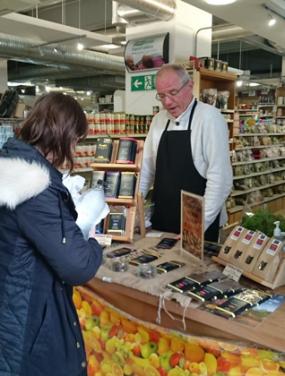 Chocolate Week, definitely one the nation’s favourite themed weeks, returns for it’s 12th consecutive year and celebrates the world of fine chocolate from 10th to 16th October, 2016. Chocolate Week aims to promote fine flavour chocolate, the independent artisan chocolatiers and the chocolate companies who work in direct partnership with cocoa farmers, encouraging consumers to pay a fairer price for their chocolate.

At 8th day we only work with chocolate suppliers who are committed to either organic or fair-trade and in many instances both elements, why? Because we think that the farmers who grow the cocoa beans we enjoy as chocolate should be paid a fair price that allows them to invest in their own and their families futures and we feel they should not have to come into contact with pesticides and herbicides. It’s a really important part of our buying ethics and something we feel very strongly about and we hope you do too.

Over the week we’ll be hosting lots of tasting sessions of organic and fairtrade chocolate including some that is made in fairly locally in Cheshire by a small pure origin producer, so come on in and treat your taste buds .

Want to work in our co-op? Take a look here to find out the latest news on vacancies and how to apply to work at Eighth Day.

Looking for your one-stop shop for vegetarian produce? Then look no further, we stock over 5,000 vegetarian and vegan products as well as lots of organic and fairly traded produce.

In our fully licensed, 100% vegetarian Café we prepare and serve our wholesome and exciting food in-house all day. Including cooked breakfasts; hot food including our famous dahls, stews and mains; our freshly made salad bar and vegan cakes and hot drinks.